I just finished reading Misreading Scripture with Western Eyes: Removing Cultural Blinders to Better Understand the Bible (IVP Books (Kindle edition): October 17, 2012). The authors Randy Richard and Brandon O’Brien make compelling argument for considering our cultural bias as we read the Bible. I’m trying a new way of summarizing books below. I hope that you find it helpful for understanding what I read and the big takeaways.

The most powerful cultural values are those that go without being said.

The authors have an interesting discussion about the issue of mores. Mores they defined as those things that are not rules explicitly but implied in the cultural behaviors of people. The authors make the point that we confuse mores for biblical principle. For example, sexual sin is a bigger focus of our culture then am the economic sin.

The authors go on to make a point that we miss a key element of leadership. That is that the patriarch that would lead the family of God. Further, even in business relationships were more influential in the interaction. In the biblical world the business interaction a patrons and clients different than today. Their interaction were tied to relational expectations, not contractual agreement that modern western readers may expect. The patron has certain obligation to his clients while the clients at the same time had an obligation to serve the patron. These obligation were often for a lifetime rather than for a term.

I was particularly interested in the discussion about leadership. In this part the authors talk about the fact that in the Bible leadership is not a value. In fact is often seen as a vice. People who desire leadership are often arrogant. Rather the Bible focuses on being followers. There is righteousness and being willing to follow not just Jesus but also follow the right authorities and people with in this world–that includes non-Christian authorities.

Finally, the author spends time discussing the focus of the Scriptures. We can to read through an individual eye. You is often translated or read as singular, but in the Bible it’s often meant to be plural. As a result, we tend to think that God’s promises are made to individuals, so as Christians we think he’s making the promises each to each of us. Instead, we should see that he’s making them to a group whether that be Israel or the church. This can lead to a selfish reading of the Word.

“[R]emember biblical interpretation is a crosscultural experience and to help you be more aware of what you take for granted when you read. (Kindle Locations 199-200).

Unfortunately, modern Western exegetes often define patronage-a key element of first-century Roman society-using forensic language. We describe the relationship between a patron and a client as contractual, like a business, rather than as familial. (Kindle Locations 1766-1767).

Leadership. How would you rather be recognized: as a leader or a follower? For many Westerners, the term follower connotes a weakness of character, as when a person cannot resist peer pressure but “goes along with the crowd.”…As much as our culture pushes us to be leaders, the Bible urges us to become followers. (Kindle Locations 2045-2047 & 2050-2051).

With the double-edged gift of Gutenberg’s printing press, the process is often reduced merely to writing-reading. Now we read the Bible alone in our homes. This allows a communal process to become individualized. Worse, one can own the Word of God (meaning a book), rather than hear the Word of God, which is usually a communal act.(Kindle Locations 2178-2180).

This is an important book for many in the church. It might be more academic than the typical churchgoer is used to reading, but I would suggest it for most adults. It will confuse many as it turns our western thinking on its head. Many will want to debate the authors. They are addressing things from an angle that is fundamentally different that many are used to. That’s OK. I hope that readers will think about it and consider the next time they are reading our culture into the text rather than reading through the culture of the Bible’s authors. 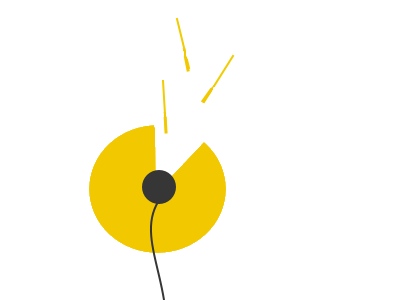